Chart patterns have long been a favourite of the technical analysis community. Triangles, flags, pennants, cups, heads and shoulders…. Name a shape, someone somewhere is using it to predict market behaviour. But, we need to find out if there is a grain of truth or reliability in these patterns. Can attempts to objectively measure these patterns, such as with the Frechet distance, really give you a hint as to the future direction of the market? Or should you stick to an approach we know makes money? 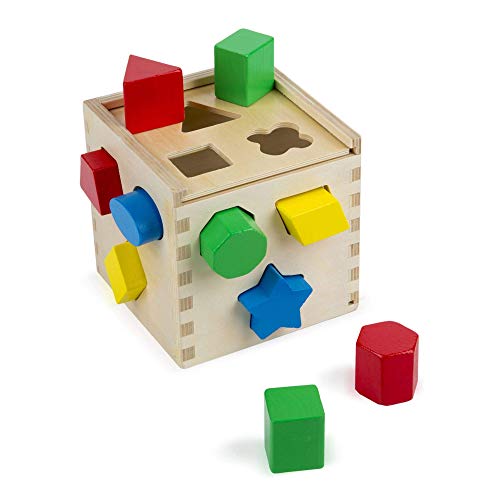 ah, I see a blue star pattern on my chart… a good omen.

The problem is that such an approach is inherently subjective since price action almost never matches perfectly with the idealized version of price patterns you see in every beginner’s guide to trading. It is up to you, the individual, to determine whether a particular chart formation matches closely enough with a particular pattern for it to be considered valid.

This is quite tricky! It’s very difficult to codify a trading system based on their use. By extension, it is difficult to test the efficacy of these patterns in an objective, evidence-based manner.

That won’t stop smart people from trying, though. An attempt to do just this was made by MIT’s Andrew Lo, Harry Mamaysky and Jian Wang back in 20001Lo, Mamaysky and Wang, 2000, Foundations of Technical Analysis: Computational Algorithms, Statistical Inference and Empirical Implementation, download a copy of the paper here.and, perhaps surprisingly, they found statistically significant evidence that some patterns provide useful incremental information in some markets.

Lo, Mamaysky and Wang were also generally enthusiastic about using automated detection methods. There are many possible approaches to pattern detection algorithms, of which Zorro implements one: a function that calculates the Frechet distance.

So, let’s dive in and explore it!

The Frechet distance between two curves is a measure of their similarity — it’s often described like so:

Suppose a man is walking his dog and that he is forced to walk on a particular path and his dog on another path. Both the man and the dog are allowed to control their speed independently but are not allowed to go backwards. Then, the Fréchet distance of the two paths is the minimal length of a leash that is necessary to keep man and dog joined throughout their walk.

there are a lot more variables in the real world….

There have been a whole bunch of algorithms proposed over the years for calculating Frechet distance (it was first described in 1906), and Zorro implements a simple variant that enables the comparison of some part of a price curve with a known and previously described pattern.  Zorro’s frechet()  function returns a number between approximately 0 and 80 that measures the similarity of the part of the price curve being analyzed and the pattern.

There are several complications and considerations to be aware of in setting these arguments, so let’s go through each of them in more detail, starting with the array specifying the shape of the pattern.

If we want to detect chart patterns, the first thing we need to define is the shape of that pattern. Note that in describing our pattern in an array, we only need to be concerned with its shape. We can deal with its size (both horizontally and vertically) using other frechet()  arguments. Therefore don’t focus too much on the absolute values of the numbers that describe the pattern – their relative values are much more important here.

To define a pattern in an array, think of an (x, y) coordinate plane. The array indexes are the (x) values; the numbers stored in each index are the corresponding (y) values. We then map our pattern as a series of (x,y) pairs.

Here’s an example for a triangle pattern: 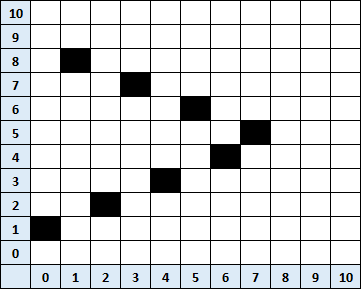 The obvious question that arises from this approach is how well does the algorithm detect patterns that we would consider a triangle, but which deviate from the idealized triangle shown above?

For example, what about asymmetry in the legs of the triangle? That is, what if the early legs take longer to complete than later legs? In the example above, all the legs take the same amount of time. What about triangles that don’t terminate at the apex?

By way of example, the following would probably fit the definition of a triangle: 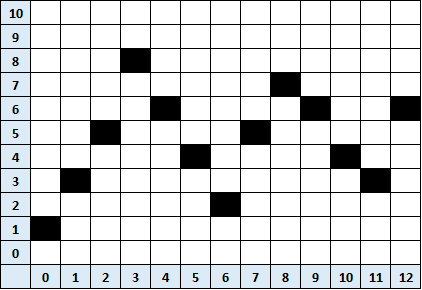 Would these two patterns return different Frechet similarities when applied to the same price curve?

The answer is yes. But, bear in mind that a pattern corresponding to the first triangle will still be somewhat similar to the second triangle. In practice, this means that in order to use this approach effectively, we would need to cover our bases and check for multiple variants of the intended pattern, perhaps using some sort of confirmation between different variations of the pattern. We’ll see in the example below how much variation we see in our similarity measure for different variants of the same intended pattern.

The Scale  parameter controls the vertical height of the pattern being searched in the price curve. This is the same as stretching the predefined pattern in the direction of price in a price chart. In most cases, it will make sense to set the height of the pattern to the range of the price action over the period of interest. We do this automatically by setting the Scale  parameter based on the maximum and minimum values of the price series over the time period of interest via Zorro’s MaxVal()  and MinVal()  functions:

The TimeFrame parameter controls the pattern’s horizontal length and corresponds to the number of bars over which to apply the pattern. This is the same as stretching the predefined pattern in the direction of time on a price chart. This parameter requires a little more thought because there are no hard and fast rules regarding how long these patterns should take to form. Again, we must deal with the inherent subjectivity of the method.

Rather than constraining our pattern detection algorithm to a single time period, why not simply look over multiple time periods?

We could do this by calling frechet()  within a for()  loop that increments the TimeFrame  parameter on every iteration, like so:

This will search for a pattern called “Triangle” that is 100 pips high over multiple time ranges, from 5 bars to 100 bars. In practice, we don’t really need to cover every incremental number of bars (1,2,3,4 etc) because patterns evolving over similar time horizons will tend to return similar frechet() values. For example, a pattern evolving over 10 bars will be similar to the same pattern evolving over 11 bars. In the example above, we increment our search length by 5 bars.

Putting it All Together

We are now in a position to start detecting patterns and analyzing their usefulness as trading signals.

The code below plots the Frechet similarity metric for our symmetric and asymmetric triangles, and their inverses, over a number of time horizons. We use the strf()  function to enable us to pass a variable (in this case, the integer i ) into a string (in this case, the name of the plot) so that we can plot the different Frechet similarities from within the for()  loop:

Here we zoom into an area of the S&P500 index that saw a fairly obvious triangle develop from early July through to mid-August 2015: 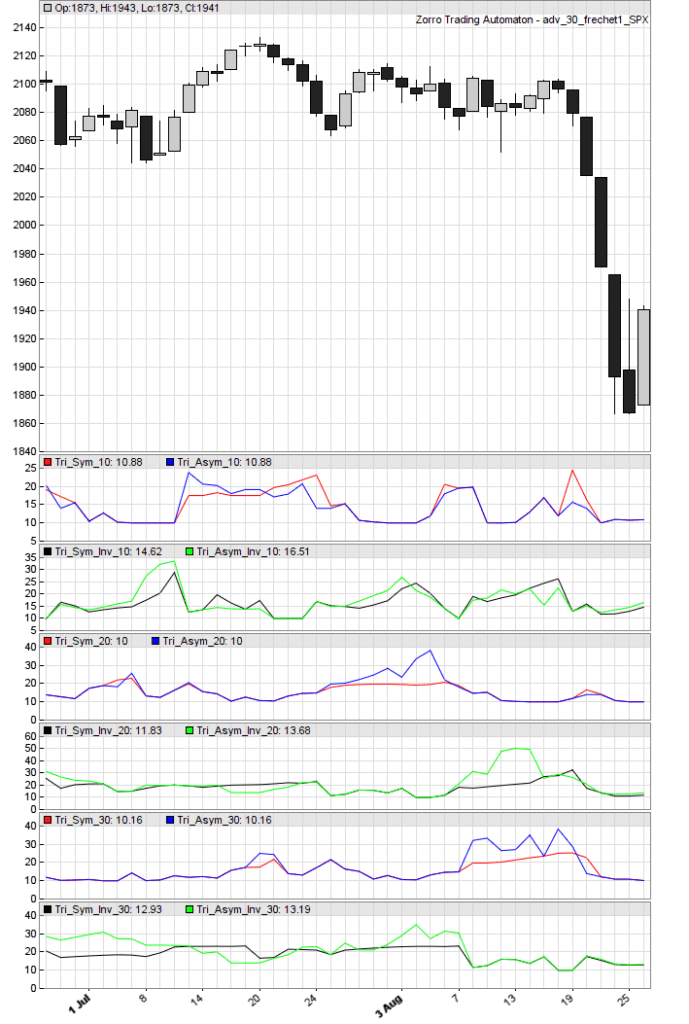 You can see that most variants of our Frechet algorithm detected the triangle at some point during its evolution. In particular, the asymmetric inversive triangle measured over 20 days did a particularly good job of recognizing the triangle, reaching a similarity score of approximately 50 as the triangle approached its apex.

Looking more closely at other regions will reveal that the algorithm is far from perfect, sometimes scoring patterns that we would rather exclude relatively highly. This makes it difficult to differentiate the “true” patterns on the basis of some threshold similarity score. To overcome that, we could perhaps continue to refine our pattern definitions or implement a series of confirmations from different variations, but that would get tedious fairly quickly.

Here’s an example of a simple trading strategy that looks for our asymmetric triangle pattern across several time horizons. Again using the strf()  function, we switch to a new Algo  for each time horizon. I read somewhere that gold is particularly prone to triangle formations, so we’ll use the GLD Exchange Traded Fund. I also read that triangles are allegedly indicators of a strong breakout in any direction.

I don’t know whether this has any basis in fact, but let’s go with it for the purpose of the exercise.

There’s much more you could do here, for example cancelling the remaining pending order when the opposite one is executed.2Again, the purpose of the code below is to demonstrate how you might use a particular tool in a trading application, not to suggest that the code below should be traded.The code uses Alpha Vantage’s API for getting the required GLD historical data, so you’ll need to set this up in your Zorro.ini file if you don’t already have this data. 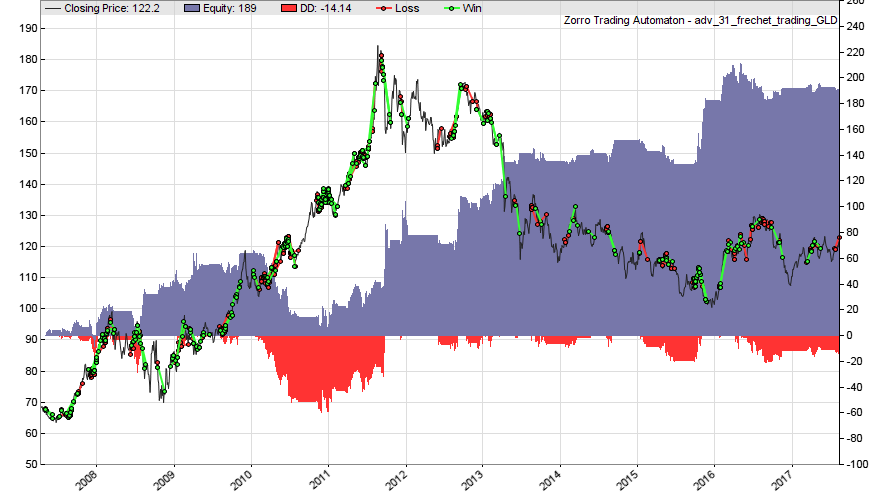 You’ll find that such a trading strategy is difficult to apply directly to a universe of potential assets.

The effect of randomness, combined with the difficulty in refining pattern definitions sufficiently, invites overfitting to the parameters of the frechet()  function, not to mention selection bias. You’ll also be faced with the decision to trade a pattern detected at multiple time horizons.

Maybe a system of confirmations from numerous pattern variations would help, but perhaps a more practical application for the trader interested in patterns is to use frechet() to scan a universe of assets and issue email or SMS alerts, or display a message listing assets where a pattern was detected for further manual analysis. Maybe we’ll cover this in a future blog post if you’re interested, let me know in the comments below.

Some Patterns to Get You Started

Here are some rather idealized patterns to get you started. I leave it up to you to experiment with various departures from their idealized forms.

Want a more robust and profitable approach to trading? Gain a broader understanding of how we use algorithms to trade systematically and make our capital grow by downloading the free Algo Basics PDF below.

After that, check out our other blog post where we outline how we approach the markets in a way that allows us to trade for a living.

2 thoughts on “Pattern Recognition with the Frechet Distance”